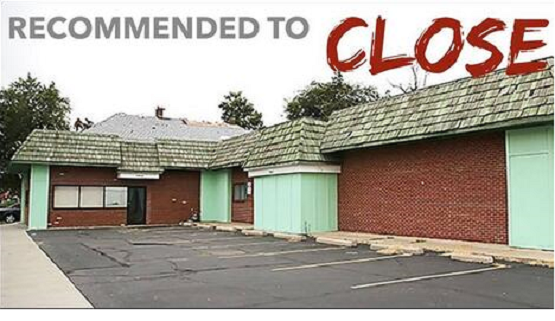 Toledo, Ohio may very soon become free of all abortion clinics.  At the moment there is only one, remaining abortion provider operating in the city, Capital Care Network of Ohio.  It may soon be closed.  Read the entire story here.

LifeNews.com reported the announcement of Ohio Right To Life that this abortion clinic has been fined $40,000 by the Ohio Department of Health for violating public health and safety standards.  This fine could lead Capital Care Network to close its doors in Toledo.  And it should.  Not only are its abortions murdering the unborn, its unsafe practices also endanger the lives of the mothers.  Operation Rescue posted this report and video documenting the illegal and unsafe practices of this clinic.

After performing an abortion procedure the physician believed he may have perforated the mothers intestines which is an acute emergency.  Instead of following Ohio Department of Health protocol and calling 911, he instead walked the patient secretly out the back door.  A clinic employ then transported the patient to the emergency room, dropped her off and returned to work.  Capital Care deserves to be punished by this fine but $40,000 cannot compare to the potential threat of death to which this mother was subjected.

Thank you to the persistent work of pro-life legislators in Ohio, better laws are being passed aimed at protecting all its citizens.  Those who endanger human life are being put out of their business of death and they should be.  Here’s what you should do.  Find out today how your Ohio representative and senator have voted on pro-life laws (find your senator here) (find your representative here).  If they are voting to end abortion, thank them and help.  If they are not voting to end abortion, work hard to replace them in the next election.  News flash – not everyone who says they’re pro-life actually is and not every Republican (who routinely say they are pro-life) cares about ending abortion.

The fight is being won slowly, step by step by those who are truly pro-life and work hard to end abortion.  Let’s continue the work!