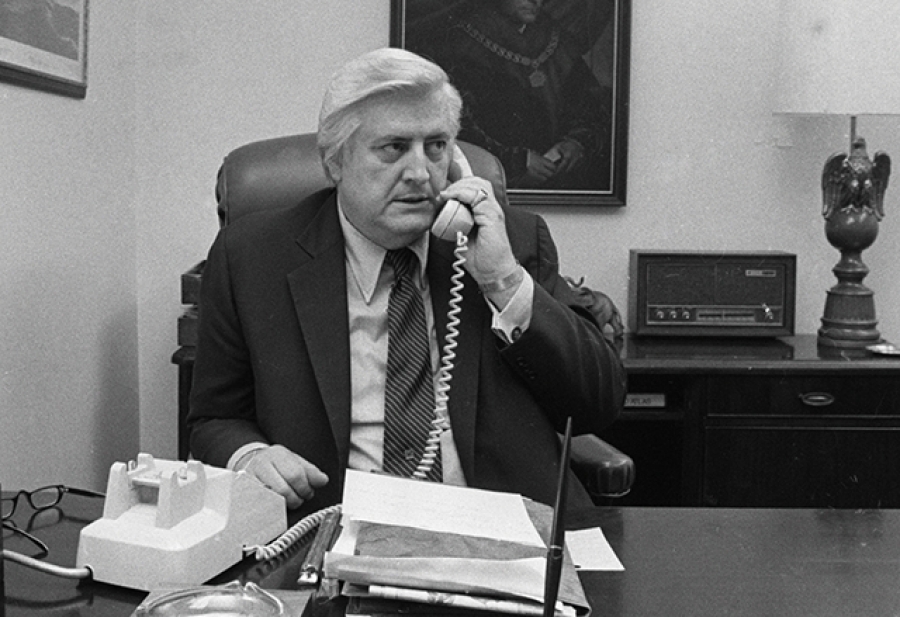 Pictured above is Rep. Henry Hyde (R) Illinois, originator of the Hyde Amendment in 1976.

Legalized abortion will likely not be ended with one sweeping effort but by many incremental efforts. Each of those steps are huge and require courage on the part of those forwarding the cause.

Today another step was taken. The Hyde Amendment was passed in the US House of Representatives and if signed into law will prohibit any taxpayer dollars from funding abortions through federal funding. No Taxpayer Funding of Abortion Act (HR 7) was originally passed as the Hyde Amendment by Rep. Henry Hyde of Illinois in 1976. Over all these years it has spared the lives of possibly two million babies from abortion but lacked the power of federal law. Go here to read more.

Today that changed in the House of Representatives. The President has promised to sign it into law once is has passed the Senate. Please pray for your two US Senators to have the courage to vote in favor of this as well.

Previous Post: « The Heartbeat Bill – Bringing An End To Legalized Abortion
Next Post: 9 Myths On Abortion And Roe Vs. Wade »