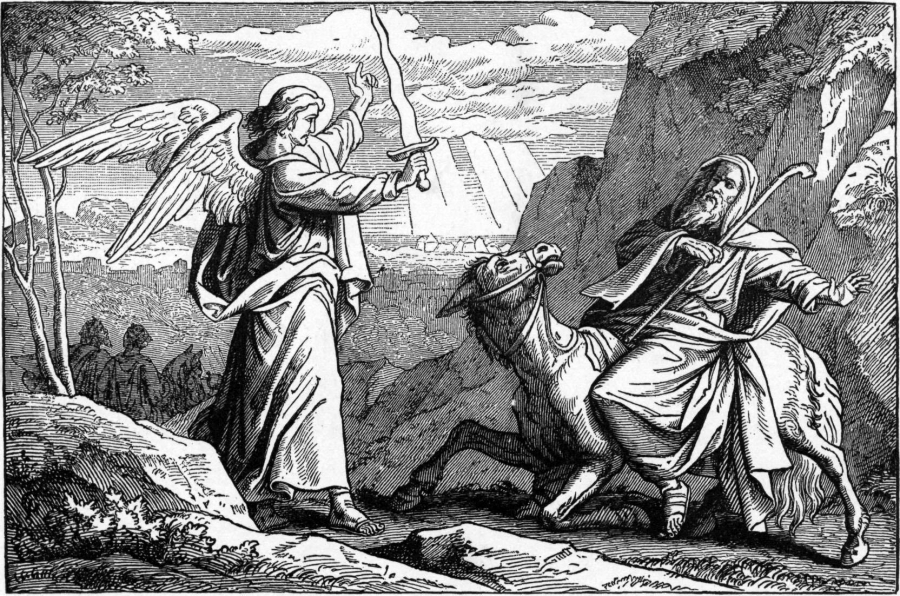 Keep reading the Bible, all of it, even the Old Testament book of Numbers. Recently in my morning worship time an important warning hit me. I hope it hits you too.

Chapters 22-24 of Numbers tells the story of the prophet, Balaam, and the donkey that talked (seriously, go read it!). Cool story but the donkey isn’t the important part of the story. The warning we need to hear is about a man, Balaam, who claimed to know and speak the words of God. But instead of speaking the true words of God he ignored them and embraced changing His words completely.

Balak, the pagan king of Moab, offered to pay Balaam a ton of money to pronounce a curse on God’s people, the Hebrews, so they would be destroyed. Balaam’s reply sounded noble saying he’d pray about it and only do exactly what God says. Sounds great doesn’t it? Sounds very godly, right? Wrong! And God made it clear just how wrong it was. He sent an angel to kill the deceitful prophet. There are more details but just ponder this.

Balaam claimed that he would only say what God told him to say. But HE DIDN’T! God had already said exactly what Balaam was to say and as a prophet of God, he of all people, should have made these the first words to come out of his mouth. God had pronounced his covenant to Abraham (Gen. 12) including the promise to protect the Hebrew nation, “I will bless those who bless you, and him who dishonors you I will curse, and in you all the families of the earth shall be blessed.” But Balaam didn’t say that. He thinks God just might have a completely different answer on the matter in this situation. It ends with Balaam being condemned as a false prophet and 23,000 Hebrews killed by God because they followed the false teaching.

This great plague exists among churches and pastors today who among all people should know and say exactly what God says. It is incredibly common to hear pastors and those they teach do exactly what Balaam did. There are some frequent examples. Someone’s plan to get a divorce is forbidden by God because there are no biblical grounds yet they really feel at peace with the idea and do it anyway – and the pastor or “Christian counselor” agrees with them. A church member in sin needs to be confronted lovingly (Matt. 18:15) but nobody feels at peace about it because that might push them away so the person is left to his sin. Committing to responsibilities of church membership is too restricting but remaining a free agent fits life much better so Jesus’ commands are ignored. Tithing one’s income at their church seems like way too much money but giving modest amounts makes much more sense for meeting the family’s needs for new cell phones. Sadly, there are many more.

Many modern Christians end up following the false teaching of Balaam too. The result is that many churches become infected with unbiblical ideas to the point that the gospel of Jesus is barely recognizeable among them.

Beware the false teaching of Balaam. Hold all God’s words dearly. Let’s see to it that what He has said on any matter are the first and only words that come out of our mouths.

Previous Post: « William Booth’s Vision of Lost the Lost
Next Post: Do You LOVE To Hate People Or Love Loving them? »