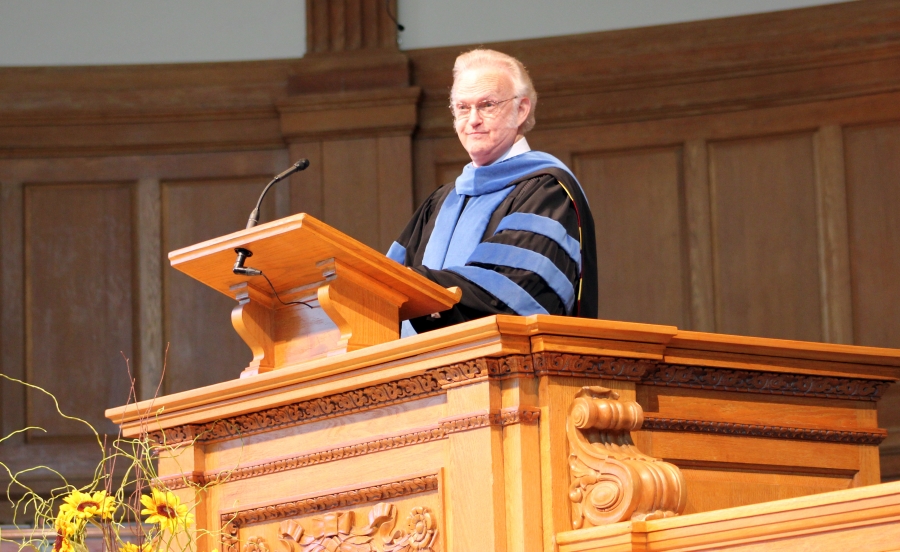 Dismissing the clear statements of Scripture is always dangerous. Several voices, recently, have offered a completely new interpretation of the Bible telling us the things we’ve thought the Bible says about human sexuality are all wrong. Among them are Rob Bell and Matthew Vines telling us they have seen what no other scholar has seen and are able to set right what has been wrong for centuries.

But this reinvention doesn’t stop with sexuality or personal morals. This way of thinking about the Bible doesn’t stop until it has changed God completely into a character unrecognizable as the text. The result is a completely different religion with a different god and a different gospel altogether; no longer the God of Christianity and His gospel.

A recent article from Baptist News Global shows this does not just stop with reinterpreting a few morals. E. Frank Tupper of Wake Forest University School of Divinity, formerly taught for twenty-three years at the Southern Baptist Theological Seminary in Louisville, Kentucky, says that he has discovered that God is not at all in control like we’ve always thought.

In a December 24 podcast at Homebrewed Christianity He said “I do not believe that God is in control of everything that happens in our world. Indeed, I would argue that God controls very, very little of what happens in our world.” He says that he affirms the sovereignty of God but “not the sovereignty of control.” “God does everything that God can do using the resources in that context to effect the most positive outcome that God can do.” And of course we have to understand that is all we can expect from God because God cannot do everything. After all, he says, “A miracle is not always a possibility, not even for God.”

What? God’s not in control? It’s not possible in some cases for Him to perform a miracle? That’s not the God of the Bible! But that’s exactly the point. Tupper, and those like him, do not base their reasoning on what the Bible says about God but rather what they think or feel. What he said was, “I’m going to write and interpret providence in a way that is consistent with my understanding and my faith, and I’m going to accept the challenges and opposition that I experience.” This is a complete reinvention of God resulting in a totally different god that is not the God of the Bible.

“But our God is in the heavens; He does whatever He pleases” (Psalm 115:3). He says, “Even from eternity I am He; and there is none who can deliver out of My hand; I act and who can reverse it?” (Isaiah 43:13) “And all the inhabitants of the earth are accounted as nothing, but He does according to His will in the host of heaven and among the inhabitants of earth; and no one can ward off His hand or say to Him, ‘What have You done?’” Daniel 4:35.

Beware the reinvention of God!

Previous Post: « Pastor’s New Year Advice: Read And Grasp All Of God’s Word
Next Post: Many Say They Don’t Need The Church – Are They Right? »