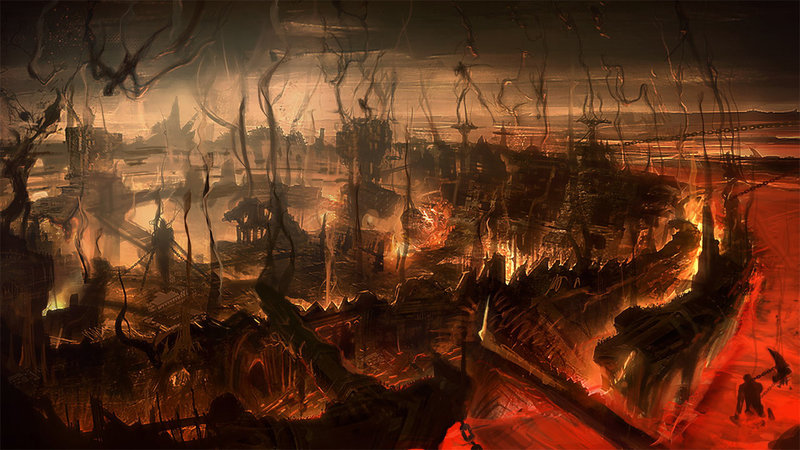 This is the title of a recent Wall Street Journal article written by Dr. Scott G. Bruce, history professor at Fordham University and editor of The Penguin Book On Hell.  To say the least, this is an interesting topic to find written on in the WSJ.  On the other hand, good for them for putting a subject of eternal value in front of their readers.  Here are a few things that I find noteworthy about this article.

First, the title, is interesting.  Do we still need to believe in hell?  Well, that depends on what one means by “need.”  If one asks this question in terms of what does one “need” in order to live their best life now or to have a proper sense of right and wrong or to find the motivation needed to do what is right instead of wrong, that person would be asking the completely wrong question.  That question presupposes that a person’s personal believe is the standard for what their best life is or what right and wrong are.  This would be the epitome of the secular, individualist influence which exalts the individual to the place of the highest standard of truth.

This is where another noteworthy point appears in Dr. Bruce’s article.  Though I have not read his book it seems from the article he doesn’t believe what the Bible says.  But one thing he says plainly.  He makes it clear that no one can mistake what the Bible says.  According to the Bible there really is an eternal hell where sinners are punished for their sins.  He says, “The New Testament is clear on this doctrine. God created Hell for Satan and the rebel angels, but there was plenty of room to torture with fire and brimstone everyone who had rejected Jesus Christ as the Son of God: “This is the second death, the lake of fire (Revelations 20:14).”  Regardless of what Bruce believes, personally, he is able to see plainly that the Bible is unmistakable.  According to the Bible, hell is real and it is eternal.

The reason I find this noteworthy is because of what appears to be an increasing number of those who call themselves evangelical Christians and who deny the existence of hell.  Speakers and authors such as Rob Bell, Jonathan Martin, Clark Pinnock, Phillip Hughes, and Edward Fudge have joined the forces of those declaring the Bible to be untrue on the topic of hell.  Even the Wall Street Journal, never claiming to believe anything about Christianity, and the article’s author, Bruce, who doesn’t appear to hold Christian beliefs either, both get at least something right.  No one can deny that the Bible teaches there is an eternal hell.

Christians should never be surprised to find in the world those who do not believe the message of Christianity and the Bible.  This is precisely what we should expect.  As a matter of fact, every Christian was at one time an unbeliever denying much of the Bible themselves.  But what Christians must be alarmed about is that some within the church would ever deny the plain teachings of the Bible.  Church members and leaders must hold fellow believers accountable and call into correction any who venture into unbelief and denials of the faith.

May God grant us the grace to love one another so that we would graciously speak truth into each other’s life on such important matters.  The article may be read in its entirety at this link.

Previous Post: « For Those Wanting To Go Deeper – Read Identity Theft
Next Post: This Sunday:  Who You Are In Christ »