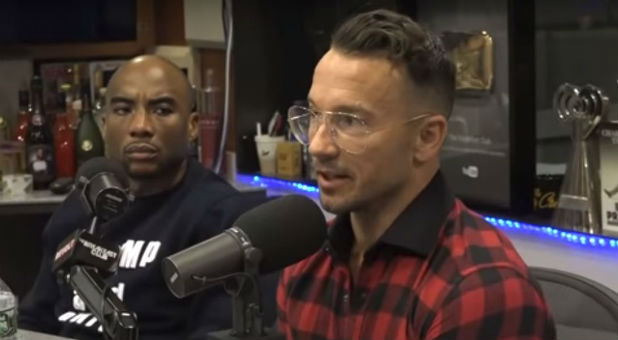 While Pastor Carl’s answer on The View about abortion left me scratching my head, as I wrote in my last blog, I want to make clear there is something important I can learn from him.  God continues to point out to me how I, my church, and the evangelical church in general needs to stand more strongly against racism.  Much of this is due to the reality that most white Christians are simply unaware of how African-Americans, and other ethnicities, are made to suffer through racial bigotry.

I recently had an eye-opening conversation with a Christian brother who has suffered in unbelievable ways because of racism.  He explained the fears, the looks, the comments, the sins of white people who treated him as less important or even less than human because of his skin color.  Each time I have such a conversation my eyes are opened a bit more to a depth of wickedness in this present evil age that I still have not seem completely.

Pastor Carl’s answer to a question about racism by the hosts of The View opened my eyes yet a bit more to the need of the church and pastors to address the evil of racism in our culture.  Listen to Carl’s answer here.  I like that he preaches boldly from God’s word calling God’s people to confront racism.  Though I have done this over the years, his comments convict my heart that I have not done nearly enough.  The NFL debacle over kneeling for the national anthem is exposing how deeply divided we are racially and how many forces are at work to widen that divide.  Christians, we must speak gospel truth to our culture of hatred.

The NFL / flag matter has numerous issues that this post is not written to address.  And that’s just the point.  Many issues cloud our minds so that we end up never addressing racism.  I like how Pastor Carl looked right past the surrounding issues of patriotism, respect for the flag and our military to see the underlying reality that millions of Americans live daily.  They feel racial hatred from people with the same skin color as myself, even from those who claim to be Christians.  This is evil.

The gospel of Jesus opens our eyes to how God sent the Redeemer to rescue people from this present evil age of racism.  God created all humans in His image.  All humans are equally image bearers with equal dignity before God.  The curse of sin and rebellion has so corrupted people that they can treat a person of another ethnicity as less than human and feel “more American” or “more religious” for doing so.  Instead they should feel the Holy Spirit convicting them of sin and repent.

I am thankful to Pastor Carl for saying this boldly to his church and to the audience of The View.  His words found my ears that need to hear.  So I want to commit myself to preaching the gospel more effectively to our congregation and see believers purified by Jesus from the sin of racism.  I’m thankful for faithful pastor, John Jicka of Bolivar, Tennessee for preaching a recent sermon series calling out racism.  Listen in here.  I’m thankful for the work of Russell Moore and the Ethics And Religious Liberties Commission of the Southern Baptist Convention leading the way to address racism by providing these two public events:  the Dignity of Human Life Conference in Washington DC, January 18-20 and MLK50 in Memphis, Tennessee on April 4th.

I’d like to challenge believers to go to these events for two reasons:  1) make a public display speaking out against racism for our nation to see that the church condemns racism and 2) learn from the preaching of both African-American and white leaders calling the church to lead the way in confronting this evil.  I hope to attend and I hope to see you there.

Previous Post: « My Glasses Aren’t As Cool As Carl’s; Neither Is My Answer On Abortion
Next Post: A Vision For Personal Growth In 2018  »

Learn about our COVID-19 protocols.