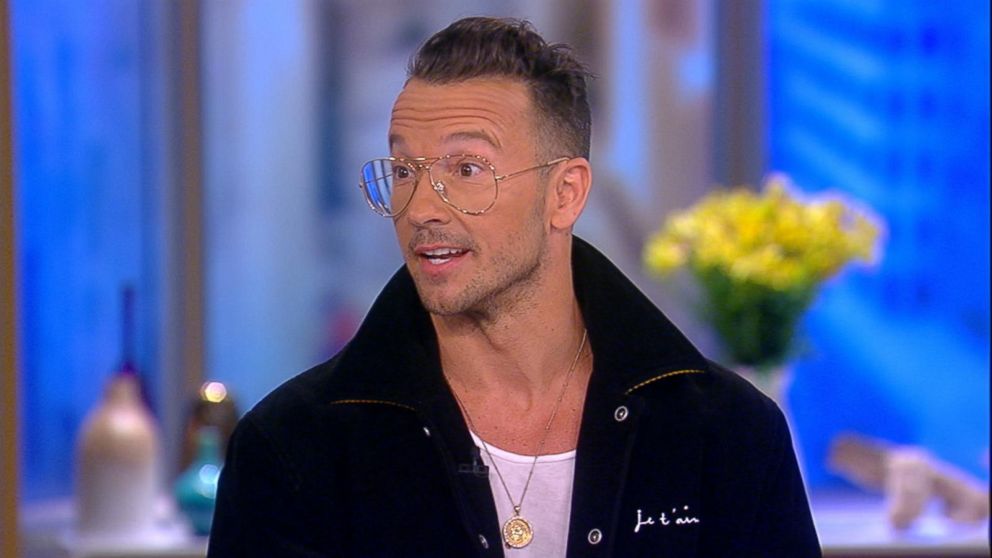 Another evangelical pastor was just given a huge microphone and was asked the million dollar question about abortion on The View.  Was it an opportunity for the church to explain to the culture how Christians must love those in crisis pregnancies and protect the unborn at the same time?  Or was it an opportunity for the world to see that the church is confused on what the Bible says on abortion and submerged in relativism?  We may never know unless Carl Lentz makes a clarifying statement.  (Carl is the pastor at Hillsong Church, New York City.)

One thing is for sure, that dude wears some cool glasses.  Way cooler than mine!  And everyone knows this is a day when it’s all about looking cool and sounding cool.  That can sure make your church grow!  Maybe that’s why Pastor Carl found it hard to say what he really thinks about abortion.  But didn’t he answer the question?  Yea, he answered but with a non-answer.  I’m not condemning him for his answer.  We still don’t really know what he thinks.  What’s clear to me is he was caught in a moment with the whole world watching and the pressure to keep looking and sounding cool was just too great.

If you stand firm for the protection of the unborn all that is cool will try to unplug your microphone.  If you state that abortion is not a sin, what Bible-believing Christian could affirm you remaining the pastor of their church?  Churches, today, have some figuring out to do.  Look cool, sound cool so lots of people will attend?  Or speak the gospel clearly to honor Jesus and rescue sinners knowing that only the truly broken and believing will attend?

You can go here to watch the brief clip of the show and hear it for yourself.  I’ll never be invited on a show like that and I’m glad.  That is a lot of pressure and I’m sure I’d sound like a total idiot trying to talk in front of the tv camera.  But it’s not just the uncool way I’d fumble my words.  If I managed to put my sentences together properly, what I really think about abortion is just way too uncool in postmodern, pop-culture.  I have the benefit to do what Carl might not have had; form a well thought out answer.  So Carl might have said something much better had he put more thought into it.

Christians should always stand with those who suffer and bring the grace of God to them.  What should we think of the person who has just had an abortion or is contemplating one?  Humbly welcome them into the safest place on earth, the blood-purchased, adopted out of slavery, undeserving heirs – the church of Jesus – and extend to them the same mercy that has been extended to us.  Listen to the person and point them to the One God sent to deliver them from this present evil age.  Someone who’s just had an abortion or is about to; you can bet that’s a person whose world is falling apart.

“For God did not send his Son into the world to condemn the world, but in order that the world might be saved through him” (John 3:17).  Neither does God send us into anyone’s world to condemn them.  He sends us into their life to bring them the good news that they can find forgiveness and life in Jesus.  That person needs the giver of life to redeem them from the carnage they’ve suffered and caused.  Jesus bled out on the cross to redeem them.  And they’re going to need the loving body of Christ surrounding them to help them believe that such a sinner as they can truly be adopted as God’s child.

That in no way, however, means that what just went down to create such carnage in their life is ok.  “Sure, abortion is no big deal!  Go get three more of them.  It’s a lot of fun.”  Nobody thinks that way.  Everybody knows that sucking the life out of a baby and sucking it’s lifeless body out of its mother is a devastatingly horrid thing.  Murdering a baby is always murder.  That is sin against God.  Period.  It’s a sin that required the Son of God to die in shame, naked on a cross.  And every person bearing the shame of aborting a baby can have their shame wiped away by the Savior who took the shame in their place.

And the one who had an abortion as the only way they knew to deal with a rape or incest; that person is going to need just as much of God’s mercy as anyone else.  The crime committed against that lady should be punished to the fullest extent of the law and it will certainly be punished by the wrath of God in hell.  The church, equipped with the Savior’s love, is prepared like nothing else on earth to help this hurting soul find redemption and healing.

Uncool glasses and all, this is how I hope I would respond to the one who just had an abortion.  And I know our love-filled church would care for this dear one in just that way.  Those in our church who have experienced their own abortions will be the first in line insuring that grace is shown in the most genuine way possible.  Yes, there are people in our church who have gone through abortions.  And yes, they are dearly loved, forgiven, and redeemed.

But just imagine how an answer like this would go over on The View.  Way too uncool!  But while many might be booing, rest assured there are ears out there believing and rejoicing to hear the hope that was just uttered in the gospel.  So I hope Carl will get the chance to clear up some things for the sake of his church members and for the sake of what the gospel is all about.  For the rest of us, let’s go deep on the loving gospel of Jesus and do our best to make it clear to those feeling the brokenness of this present evil age.

There is therefore now no condemnation for those who are in Christ Jesus.  Romans 8:1

(At the same time I want to applaud what Carl had to say about confronting racism and hope to write a post about that next.)

Previous Post: « What Else Happened Besides the 95 Theses on Reformation Day?
Next Post: I Can Learn Something From Carl Lentz On Confronting Racism »