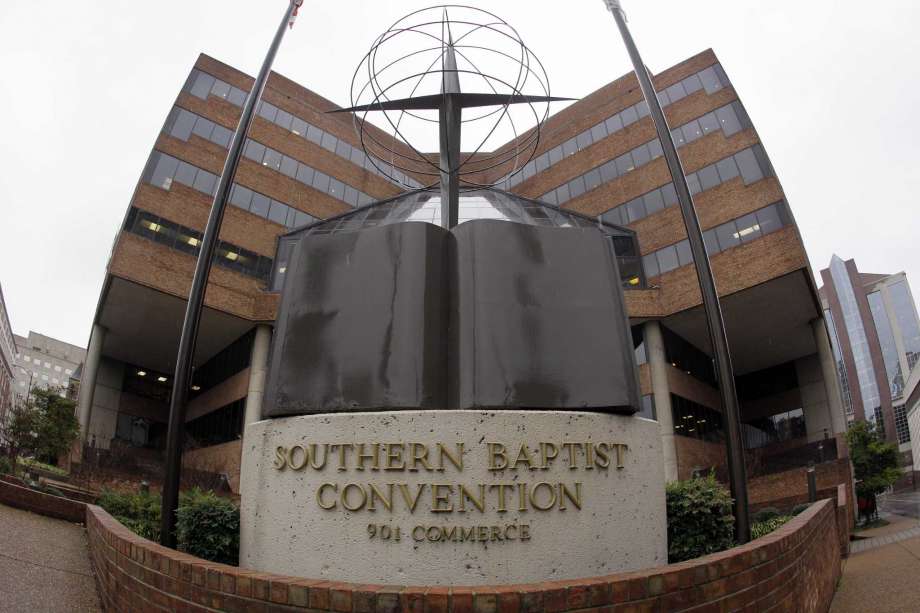 The #MeToo movement has shown us a few things.  It is grievous to see how many sexual predators there are and how they have effected so many, specifically women and children.  It is good to see that the light of justice has begun to shine on the sinful crimes of abusers in Hollywood, corporations, government, the military, sports teams and, yes, also within the Southern Baptist Convention.  Reports have been slowly oozing out like toxic slime for years.  But in the past week nation wide headline news was published by the Houston Chronicle exposing the facts that the SBC has a lot more dark closets than anyone knew and inside those closets are many more skeletons than anyone knew.  God help us!

Here are the three parts of the story written by The Houston Chronicle.  I thank them for their report.

SBC President, JD Greear, laments and condemns abuses in his own article here.

Let me make my rebuke of these evils clear.  These abusers who have claimed to be God’s spokesmen are not of God at all.  Their acts are wicked.  Their place, if convicted, is in prison.  Their soul, if not redeemed, is doomed to eternal hell.  They have made themselves friends of the wicked one who is engaged in universal warfare against our Lord and His kingdom.  They have harmed the weakest and most vulnerable among us and must be stopped and held accountable.

I grew up in Southern Baptist churches and have been the pastor of one for twenty years.  The abusive acts perpetrated by guilty SBC leaders against their vulnerable victims are absolute evil of the darkest kind.  But there’s more.  There has been the double evil committed by other leaders who have covered up the abuses refusing to hold the predators accountable.  This should sicken all of us deeply.  It sickens me deeply.  But that sickening within me cannot compare to the vengeful wrath stirred in the Almighty God.

Pastors and other leaders throughout the Southern Baptist Convention must together rebuke the actions of these predators as well as the coverups of those who empowered them to continue their evil spree.  The statement, “This is no longer acceptable,” is a long way from accurate.  These despicable acts have NEVER been acceptable.  Something else has changed.  No longer will rank and file Southern Baptists allow churches and leaders to continue doing what has always been unacceptable.  And shame on us for ever thinking it was acceptable to do nothing to stop it.

The decisive action which is long overdue looks to have begun with SBC president, JD Greear’s, announcement of denominational reform concerning sexual abuse cases.  Read about it in The Tennessean here.  Though this is a much needed step and should be affirmed by all, it does little to give justice to the victims who have suffered in silence all these decades.  Our hearts go out to them and we pray God pours out His tender mercies on them to comfort them in the brokenness their abusers left them in.  Please respond via private message to this post if you have suffered abuse and are in need of healing.  Our church will do all we can to help you find the care you need.

There is an often-heard excuse that no official action can be taken because our local church autonomy (independent style of church government) prevents any denominational authority from applying to the local church.  This is not true.  Everyone must stop repeating it.  Not only is it not true it is unbiblical.  First and most importantly Jesus commands in Matthew 18:15-17 that all church members are responsible to confront sin within the church.  It is simple disobedience for church members to neglect confronting the guilty one not showing him his sin as Jesus instructs.  Ultimately the one refusing to repent must be excommunicated from the church according to Jesus (verse 17) and treated as a “Gentile and a tax collector.”  Certainly the church must recognize that one guilty of sexual abuse and criminal acts is to be declared unfit to be a pastor or leader of any kind since he clearly does not meet the qualifications of a pastor given in 1 Timothy 3 and Titus 1.  Furthermore, it is the law in every state that those in positions of authority are required to report to the police any crime against a minor.  Any church unwilling to obey these simple Bible instructions is in gross disobedience to God’s word.

But it is also false to say that our autonomous church government prevents any action against a church refusing to fire a guilty pastor or one who covers up the crime.  All organizations have the authority to establish who is allowed to belong to it.  The Southern Baptist Convention has a clear statement of faith and expectations of cooperation under biblical authority.  The local Southern Baptist association, the state convention, and the national convention each has the authority to put a church out of its membership when that church ceases to act in cooperation with the Baptist Faith and Message and the Bible itself.  Southern Baptist churches must stop ignoring Christ’s command to exercise biblical church discipline.

The church responsible for the ordination of the pastor who has been convicted of a sexual crime has the authority to revoke that ordination.  The SBC Executive Committee has the ability to sustain and promote a nationwide database containing names of convicted predators.  Legal authorities have the ability to post names in that database.  Churches calling new pastors are wise to screen all candidates for hire through that database as well as conduct thorough background checks.  Partnering churches have the duty and must report to another church the knowledge that a sexual predator is among their ranks.

It is my hope and prayer that all churches everywhere, Southern Baptist churches and all churches, will heed God’s call to confront evildoers and those who cover up evil.  May we see clearly that Jesus’ warnings to the churches in the book of Revelation are also warnings to the Southern Baptist Convention if we do not repent.  Jesus warns, “I will come to you and remove your lampstand.”  “I will come to you soon and war against them with the sword of my mouth.”  “I will throw into great tribulation” those who are guilty.  “I will come like a thief, and you will not know at what hour I will come against you.”  “I will spit you out of my mouth.”  God have mercy on us all!

Previous Post: « Parents, Trust God With Your Children’s Trials, Don’t Be Paralyzed By Them
Next Post: Here’s Help For Your Daily Desire For God And His Word »