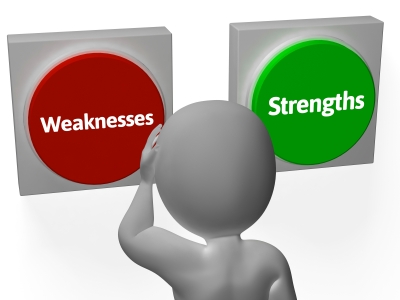 Below is a list of pros and cons, strengths and weaknesses for each of the four views of Revelation. This kind of look is good for us. Some Christians have a firm believe in their particular view. Some do not. Some have a view but hold it lightly. Others are totally undecided. These are all acceptable places concerning eschatology. We should avoid any approach that results in us thinking of others as less mature, less informed, or less godly if they don’t agree with our own view. We must do what Ephesians 4:3 tells us and be “eager to maintain the unity of the Spirit in the bond of peace” even as we may hold different views.

Here is an approach that can help us do just that. Look at the views other than your own and honestly acknowledge the parts within them that are praiseworthy. Each of them has commendable strengths. None of them is free from its own weaknesses. None has a case-closed air-tight foolproof interpretation. It is healthy and honest for us to embrace that reality. After all, once we reach the eternal kingdom we may discover that the truth of Revelation in part is found in each of the four views.

Dr. Kendell Easley has included such a helpful feature in his commentary on Revelation. I recommend it. Go here and get the Holman New Testament Commentary: Revelation.  He lists several strengths and weaknesses for each of the views. Take a look at what he points out. Also take note that I have added a few of my own indicated by this: (J. Newman).  I hope this will help you as you ponder these things.

This view says that Satan now is bound in the bottomless pit. The millennial reign of Christ is symbolic, a long period, taking place now, where Christ reigns on His throne in heaven. The souls of Christians who die during this age go to heaven and reign with Him there awaiting the second coming. The tribulation is also symbolic of all suffering that takes place throughout the church age and intensifies just before Christ’s return. At His return Christians who are alive will be raptured and the dead will be raised for the final judgment. After this will come the final state.

This view sees world history as divided into dispensations or ages (7 or 3) in which God communicates with humanity in distinctly different ways and gives different responsibilities for humanity. Before the end of the current age reaches its most wicked point, Christians will be removed from earth by the rapture. Following this will be the seven-year tribulation when the antichrist will persecute Jewish people and God will pour out His wrath on all nations. Many Jews will turn to Christ and be saved. Next Satan will be bound in the bottomless pit and Jesus will reestablish Israel and from there rule over the world for one thousand actual years (the millennium). After this there will be the final battle of Armageddon then the final judgment and the eternal state.

This view sees the tribulation as a future time of intense persecution of Christians before the second coming of Christ. There will be many martyrs since Christians are expected to live through the time of tribulation. God’s wrath will be poured out on the wicked leading to the defeat of the Antichrist and the imprisonment of Satan for one thousand years, which will be the millennial reign of Christ. During this time Christ and His followers will rule over all the earth. Then there will be the battle of Armageddon where Satan and evildoers will be defeated once for all after which will come the final judgment and eternal state.

This view sees the tribulation as the suffering and fall of Jerusalem in the first century with no period of tribulation to come in the future. The millennium is a symbolic, long period, a world wide golden age of peace and righteousness brought on by society becoming more Christianized. After this Christ will return and the final resurrection and judgment will take place followed by the eternal state.