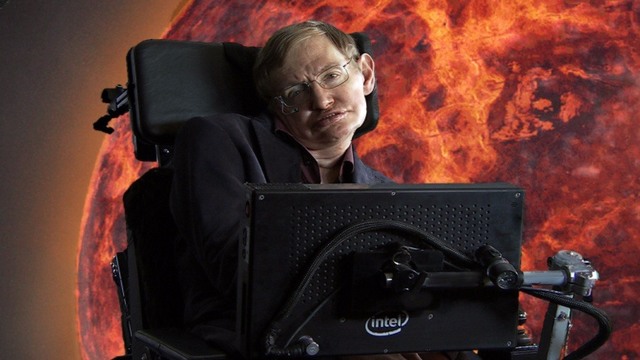 What an interesting turn of events in human history.  One of the world’s most renowned atheists, Steven Hawking, was buried today, the day we remember Jesus lying in the grave thousands of years ago waiting to rise on Resurrection Sunday.  We were sorrowful to hear of Hawking’s death on March 14 and thankful for how he helped the science world expand its knowledge.  Yet we are sad this gifted man was buried today without the hope of Jesus.  This highlights how glad we are that our Lord died, was buried and rose to give us life.

Here is another interesting observation.  The atheist scientist said something that sounds exactly like the words of our Lord whom he denied.  In Matthew 24:29 Jesus described how the end of the universe will come with the darkening of the heavenly light sources.  He said, “the sun will be darkened, and the moon will not give its light, and the stars will fall from heaven, and the powers of the heavens will be shaken.”

Two weeks before his death Hawking said almost the exact words.  He released his article, A Smooth Exit From Eternal Inflation, explaining how he thinks the universe will end by fading into darkness as the stars run out of energy (read the CNBC story here).  Isn’t it interesting how these thoughts sound so much like the words of Jesus?  On this point the atheist is right.

Yet there’s a great difference.  Stephen Hawking entered his grave with the bleak outlook that the universe will end with nothing more to follow.  But Jesus entered the grave knowing He would rise again and one day return to end this universe and then make it new in His eternal kingdom.

2 Peter 3:13 “But according to his promise we are waiting for new heavens and a new earth in which righteousness dwells.”

Previous Post: « Today We Remember:  My God, My God Why Have You Forsaken Me
Next Post: Awesome Children’s Ministry At Our Church – Wait No Weekly Kids’ Club? »