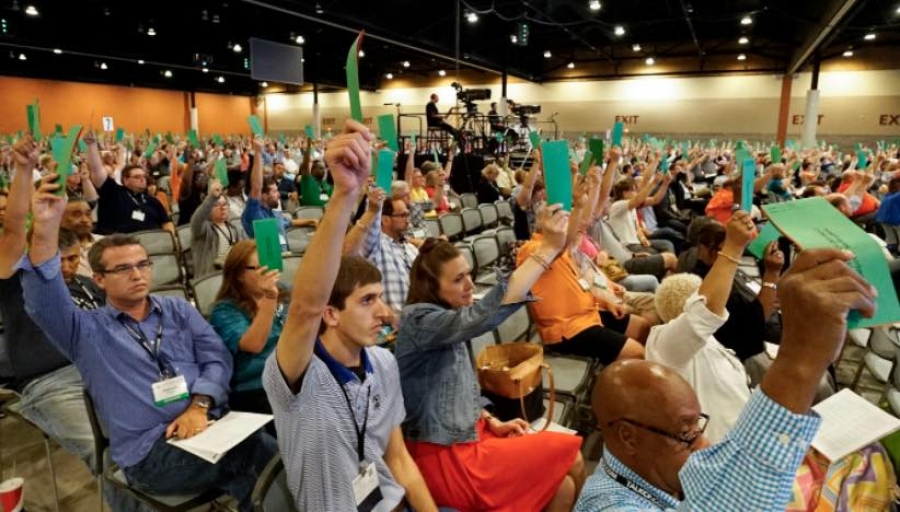 I am thankful to be part of an association of churches across the United States that has grown to see the importance of upholding the glory of God and the truth of His gospel in light of the evil of abortion.  For many years our churches and leaders did not stand against the sin of racism.  In the same way they did not stand against the sin of abortion.  It is encouraging to see how the power of God’s word has changed hearts and minds so that more consistently God’s churches call sin what He calls sin.  As that happens those churches also more consistently demonstrate His unfailing love in a world wrecked by sin.

In a time when bold leadership is needed, SBC churches are giving that leadership.  At this year’s annual business meeting of the convention, some very important business happened.  A resolution was passed denouncing Planned Parenthood for its sinful practice of abortion.  That means tens of thousands of churches nationwide and millions of church members expressed their voices in unity through their messengers.  That voice calls our lawmakers to “Defund and investigate Planned Parenthood now!”  Killing babies is a sin against God.  Harvesting and selling their body parts is a crime against humanity.  Using taxpayer dollars to fund it forces us all to participate.

Nathan Finn wrote an article posted at the Ethics And Religious Liberties Commission website giving more of the details.  Go see it here:  Southern Baptists call for the defunding and investigating of Planned Parenthood.  Here is some of what you will see.

The resolution passed at the convention explains the following reasons for denouncing Planned Parenthood (read the full resolution text here):

The resolution states what we will do in response to these facts:

Here are two things you can do now to put this into action.  One, forward this message to all church members and attendees in your contact list, both Southern Baptist and others.  Inform them of the actions to be taken and how they can speak against this evil with one voice.  Two, make contact with your senators and congressmen, both federal and state, and express these things to them.  Urge them to take the above actions.  You can do this by making a personal visit to their office at the capitol or at their local office.  You can also make a phone call to their office.  Find your U.S. representative here.  Find your U.S. senator here.  Find Ohio representatives here.  Find Ohio senators here.

Previous Post: « The Kind Of Heroes We Need To Imitate
Next Post: Here’s Medicine For The Downcast – Psalm 34 »