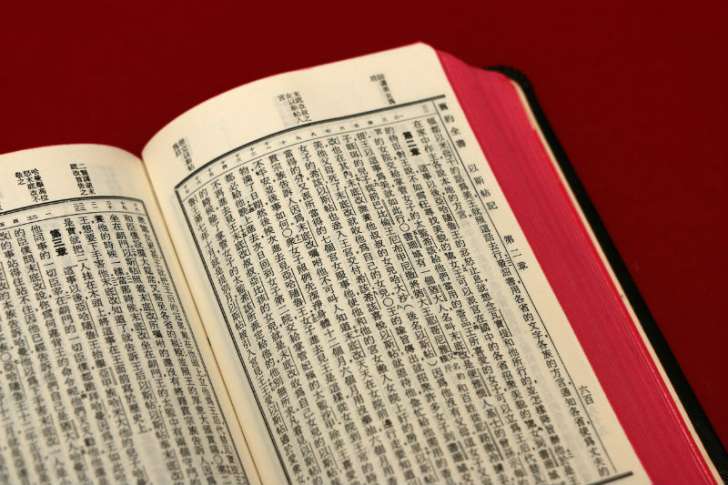 Christians have often faced an ethical quandary when the laws of the government are at odds with the teachings of the Bible.  There have been plenty of those just this week in the US and there will be plenty more.  It’s no different around the world but there’s a difference in severity when we compare the things Americans face with those, let’s say, in China.

In the US some believers are compelled to participate in civil protest or rebellion to protect the unborn (which is seen by some as a duty for all).  Some might feel compelled to stop a wall from being built.  But you would find quite a lot of disagreement as to what qualifies in the minds of believers as a matter worthy of personally breaking the law and going to jail for it.  Here’s a question.  Should Christians deem worthy to risk their lives, freedom, and possessions violating the law in order to supply Bibles to those not allowed to obtain them in their own country?  Is it worth it?

Over the years there have been a number of believers who believe it is worthy.  Brother Andrew, from the Netherlands, is one of the best known for smuggling hundreds of thousands of Bibles through check points into oppressed Communist-ruled countries, including the Soviet Union.  His example and feats accomplished in his Volkswagen Beetle were recorded in his book, God’s Smuggler.  He and his book inspired hundreds of believers to join in these unlawful activities in order to spread the word of God.

Jake Rosen has written a great article entitled, A Holy Crime: The Night Missionaries Smuggled One Million Bibles into China, recounting an amazing thing that happened one night.  They were breaking the law and they knew it.  It wasn’t the drug smuggling operation that it looked like but it was just as illegal.  Christians from several countries put together millions of dollars to send a million Bibles into China in one night.  They all knew it was well worth it.

Go read the article for more details.  There was the dark of night.  There were boxes containing one million Bibles.  There was a boat that would ferry all those boxes across the Chinese border into the harbor.  And there were the Christians waiting in fishing boats and standing on the shore.  But there were also the police ready to spot the activity and come with brutal force to stop it.  But they couldn’t stop it.  And they didn’t.

These believers knew without a doubt that the word of God is that precious.  They were willing to risk arrest, imprisonment, fines, even death to do what they knew was worth it.  Getting God’s precious word into the hands of people waiting with hungry hearts.  They knew they were feeding a hunger that only God’s word can fill.  And they knew there’s no border on earth we shouldn’t cross to deliver that word even when it means breaking the law.

Today, believers around the world must ponder that question for themselves.  Will they be like their older brother, Brother Andrew, and risk everything to get the gospel into more deprived areas?  Will they see the word of God as more valuable than obeying the law?  Will they see other ways of upholding God’s righteousness worthy of civil disobedience when necessary?  We must.  And the only way that kind of love for God’s word and His righteousness will flourish in our hearts is for us to treasure it daily to fill our own souls.  And as we do God will put a growing compassion within us for the people of the world who need God’s word as much as we do.

Previous Post: « 18 Signs You Shouldn’t Marry The Person You’re Dating
Next Post: Another Caravan Not Covered By US Media »