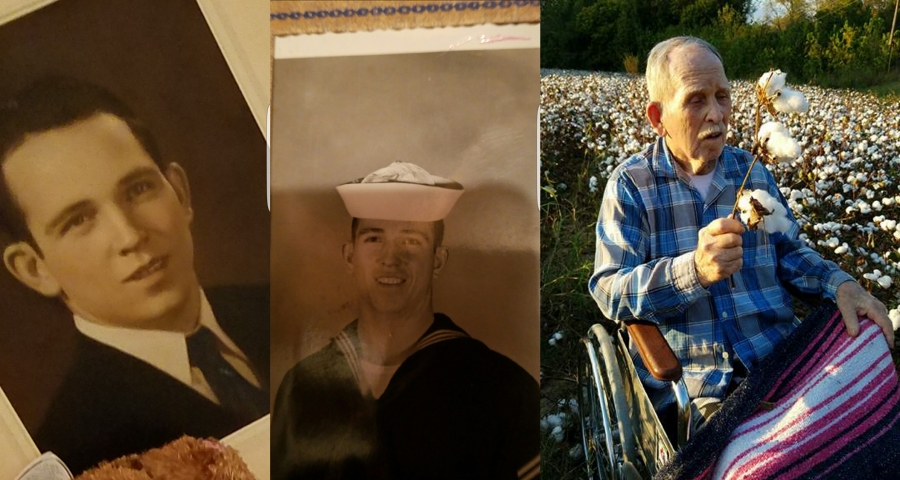 God put some noteworthy men in my life who I looked up to and who taught me much about growing up to be a man.  One of them was buried last Saturday near my childhood home in Curve, Tennessee.  I have found it very eye-opening to tell my children (and others) the noteworthy things that God used to shape my life; maybe they can help shape others.

Uncle Milford was a good man though he was a sinner and far from perfect.  Jesus had to die for his sins, exactly the same as for mine.  Here are some things that God used to shape me through this imperfect man.

Generosity.  Uncle Milford was one of the most generous people I’ve ever known.  He didn’t have much.  But he was willing to share what he had.  He gave me money for almost every mission trip I’ve taken.  No one will ever know all the ways he helped other people.  Godly men should be generous like him.  I want to be and I want my boys to be.

Bible reading.  I watched him many times, even when we were on fishing trips, stop what he was doing, put on his glasses, open his Bible and read it.  It was a priority to him.  That made an impression on me.  A man’s life needs to be shaped by a lifetime of God’s truth pouring from the page into his mind to reshape it day after day.

Swim.  I was always told, though he was in the Navy and loved boating and fishing, that Uncle Milford couldn’t swim.  One stormy day he took me and his son, Mike, fishing on Sardis Lake, in Mississippi.  Due to strong winds, big waves, and cutting up way too much, we ran the boat into a tree and nearly capsized.  Mike and I almost died laughing, in spite of our danger, as we watched a grown man hugging for dear life to that tree.  Men either need to learn to swim or be much more careful while driving a boat.  I’ll remember that!

Worm poop.  Men need to do nasty things sometimes.  I learned from my uncle how to pick Catawba Worms off Catawba Trees to use for fishing – they’re irresistible bait!  But collecting those things mean you literally get covered, head to toe, with worm poop.  But real men will do whatever it takes to catch fish!  And of course that includes other important things in life too (if there’s anything more important than fishing).

Family.  Being loyal to your family and standing with them, even when things are really hard, is a godly thing.  I saw my uncle cry due to heartaches in the family; and do many more hard things.  Godly men love deeply and suffer.  And they’re not ashamed to shed tears.

Life is not fair.  Uncle Milford’s family, including my mother, lived through the devastation of the Great Depression in the south.  Their daddy, a moonshiner, was murdered when the kids were young.  They were sharecroppers, living in the landowner’s tiny shack, working the cotton fields, for almost nothing.  So for their entire childhood they had almost nothing.  But this didn’t make him bitter.  It made him learn to work hard and do whatever it takes no matter what.  Real men don’t expect life to be fair but they try hard to give their family a better life than they had.

Death is wrong.  The dementia literally took Uncle Milford’s life from him before he died.  And then death, itself, came and took what was left of him.  Everyone who watches this process happen to someone knows it is not supposed to be this way.  People were not intended to be erased like that and become dehumanized by daily wasting away.  God made people to be much more than that.  He made them never to die.  So every time we see a person die we all know instinctively that it’s just not supposed to be that way.  Godly men know that one day Jesus is coming back to end the curse of Adam in the garden and cast death, itself, into the lake of fire.  All who have believed the Gospel will be raised to unending life in the eternal kingdom with Jesus.  Everyone then will know that this is the way life is supposed to be.

Fish-fry’s are good.  Good men love sharing the fish they’ve caught with others.  And they love having fish fries.  Deep-fried catfish, hush puppies, onion rings, cole slaw, sweet tea, all homemade, aren’t for the women folk to do alone.  The men know this is a job they must do.  And they love it.  And there’s never been a better fish fry anywhere than the ones at Uncle Milford and Aunt Verda’s house in Memphis, Tennessee.

The gospel is great.  The greatest thing ever is seeing the truth of the gospel, both in the pages of the Bible and in people’s lives.  Everyone will die one day and be buried in the ground.  And everyone will come out of their grave when Jesus returns.  But only some of them will receive eternal life.  The rest will spend eternity separated from God and suffering His wrath.  But Jesus died on the cross and rose from the dead to cleanse from sin and make sinners right with a holy God.  Godly men believe this and repent of their sins and follow Jesus.  By God’s grace, I am one of those men and one day will live in the eternal kingdom.

Thank you, Uncle Milford, and thank you Jesus for shaping my life for eternity!

Previous Post: « Mission Trips Are Great For Our Kids!
Next Post: MLK50: Gospel Reflections From The Mountaintop »