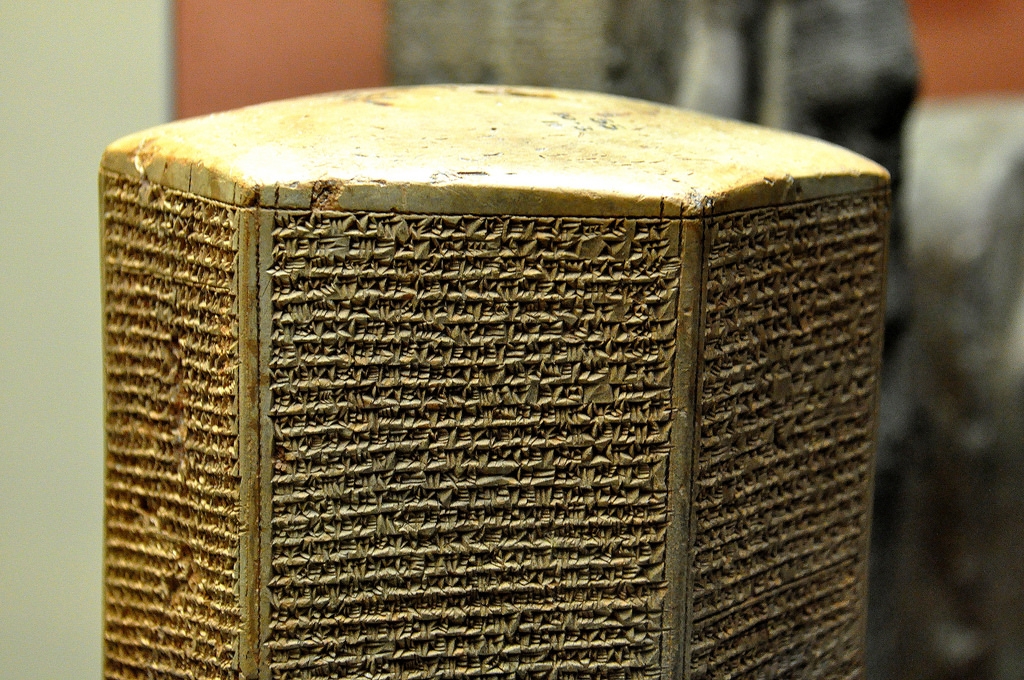 Christians, please be sure to read ALL the Bible, not just your favorite parts or the page to which your Bible randomly falls open.  While reading the book of Second Kings amazing truths of God’s faithfulness have comforted my soul.  Specifically, two great and common fears are put to rest by our great God in chapter nineteen.  Go take a look for yourself.

One fear is that some overpowering force or enemy is going to come take away everything we love or our very life.  Many of us live daily with this lurking in the shadows of our souls and late at night in the shadows of our bedroom when we’re home alone.  Will it be an intruder or something else creeping in the dark?  Or will it be terrorists, a crazed gunman, or a mob rioting in the streets who will take way our children, maybe even our beloved USA?  The other fear is about the Bible where we hope to find reassurance.  So many scholars and popular, culture icons are saying the numerous errors in the Bible make it untrustworthy that lots of church members are now swayed to think just maybe it can’t be trusted.

But God is good and His word is good.  In this one chapter of the ancient Hebrew text both these fears are put to rest.  The backstory is this.  The one, tiny tribe of Judah is all that’s left of God’s kingdom.  Mighty, world-conqueror, Sennacherib, the Assyrian King, comes to invade.  Hezekiah, King of insignificant Judah, tries to pay him off with all the gold and silver they have but it’s not enough.  Out-of-their-league Judah, out-manned, out-gunned, out-everythinged has nowhere to turn.  They’re going to be destroyed like all the other kingdoms, pea-size compared to Assyria.  But the one thing Hezekiah has is a knowledge of God and he cries out to Him.  God speaks through Isaiah the prophet, “Do not be afraid because of the words you have heard.  He (Sennacherib) shall not come into this city or shoot an arrow there.  For I will defend this city to save it, for my own sake” (19:6, 32ff).

God crushed the fearful enemy.  “That night the angel of the Lord went out and struck down 185,000 in the camp of the Assyrians.  And when the people arose early in the morning, behold these were all dead bodies.  Then Sennacherib king of Assyria departed and went home” (19:35-37).  No matter what or who the enemy is, God is much greater.  He will come to the rescue of His people and save them even from death itself.  We will be protected in this life and even when we die in this world we will be protected eternally in the celestial city which can never be shaken.

But there’s that other fear.  What if all this nice sounding stuff about God’s power is actually made-up, untrue?  Gulp.  The Bible says, Sennacherib just went away and when he got home two of his sons killed him.  Wow, that sounds great but with the Bible-denying critics looking on it also sounds way to simple.  What if we go look at the history books of the scholars?  What if they have a totally different story and the Bible’s story is totally untrue?  Maybe we are fools for believing the Bible and everything it says.

So look at that fear, right in the face.  Look at the history books of the scholars.  What do they say?  Well, there’s this thing archaeologists found years ago called the Taylor Prism – go see it here – a six-sided, clay tablet on which the events of King Sennacherib were recorded.  And guess what it says?  It along with the inscriptions on the palace walls confirm exactly what the Bible says.  Jerusalem was never invaded though threatened repeatedly.  And the sons of the king killed him.  Just that simple.  Just like the Bible says.  Go read the story here.

The second fear is banished too.  Yes, there are many so-called scholars and popular voices saying the Bible cannot be trusted.  They feel like the over-powering King Sennacherib breathing down the neck of the lone, Bible-believing church member.  But just like the wicked king was quickly put in his place those Bible-deniers are continually put in their places too.  The voices of archaeologists such as W. F. Albright and Sir William Ramsey still speak the shocking reality that no archaeological discovery has ever been made that disproves one fact set forth in the Bible.  Instead they confirm the Bible in every way.

God banishes all our fears!

Previous Post: « More Good News From Galatians For You!
Next Post: At The ACBC National Conference In Jacksonville – What Is That?    »