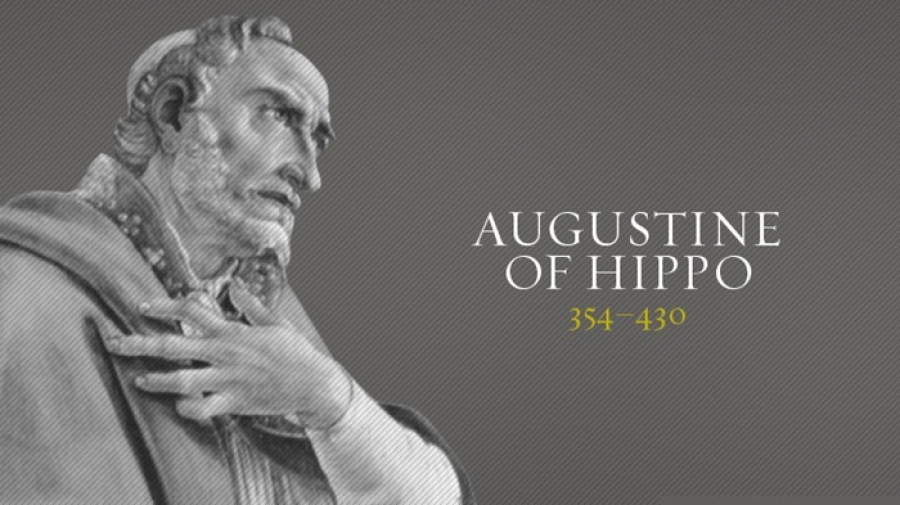 This past Sunday my sermon covered the verses in Hebrews stating the possibility of people falling away from Jesus.  This brings up the long debated and feared question, “Can one who has been saved by faith in Jesus lose their salvation?”  Most Baptist churches answer that question, “No,” so that is how our church answers since we are Baptist.  But is there any reason other than?  What about our friends at the Methodist church or the Nazarene or Assembly of God or others?  There are quite a few churches who hold the opposite view of our church.  Are they all wrong?

I would say, humbly and lovingly, “Yes, they are wrong.”  But I don’t say that because I think Baptists are better than them or that they aren’t genuine Christians or don’t take the Bible seriously or anything like that.  So is there any reason in the Bible that one should come to the conclusion as our church?  I would say, confidently and joyfully, “Yes, the Bible is very clear on this.”

There is much to be said on this matter.  I want to offer here one bit of instruction from a faithful pastor and church father, Saint Augustine of Hippo (354-430 AD), who is viewed as one of the most important teachers in the early church.  Go read more about him here.  His views on this question surfaced in his lengthy debate with a monk in Rome by the name of Pelagius.

Pelagius’ teaching on the effects of Adam’s sin on human nature were unbiblical.  His belief was that Adam’s sin and the fall of man did not result in the total depravity of the human race.  Rather, all people are born with an innate ability to obey God.  R.C. Sproul summarized Pelagius’ view that although it was possible for fallen man to sin, he still “was capable always and everywhere to be obedient. Pelagius went on to say that it is, even after the sin of Adam, possible for every human being to live a life of perfect righteousness and that, indeed, some have achieved such status.”  Since man has the ability to obey in every way then there was no need of God’s grace to enable that obedience.  According to Pelagius, it is man’s obedience that leads to God’s grace.  So, when his obedience stops God withdraws His grace.  In this view it is obvious that if God withdraws his grace then man must lose his salvation when he disobeys.  (See R.C. Sproul’s summary here.)

Augustine, and the majority of the church at that time, saw that this teaching contradicts the teaching of scripture.  This led to a lengthy debate known as the Pelagian Controversy as well as to the Pelagian doctrine being condemned as heresy six times at the Councils of Carthage (412, 416 and 418), the

Council of Ephesus (431), the Council of Orange (529), and the Council of Trent (1546).  The church recognized this teaching on the fallen nature of man is the opposite of biblical teaching, “None is righteous, no, not one; no one understands; no one seeks for God.  All have turned aside; together they have become worthless; no one does good, not even one” Romans 3:11-12.

Augustine saw in scripture that the fall of Adam resulted in all humans receiving a nature totally depraved so that no one is capable of obedience without God’s grace providing the ability.  This is why he uttered his famous prayer, “Lord command what you will and grant what you command.”  This view of man’s depravity and God’s grace caused him to reject the idea that believers must maintain their perseverance by their own righteousness.  All God’s work of salvation in man is an act of His grace.  None of it could be accomplished by the mere will of man, not the beginning steps of repentance and not the perseverance in faith to the end.  All of salvation is due to God’s grace alone.  This led him to make these affirmations on “once saved always saved,”

I assert, therefore, that the perseverance by which we peresevere in Christ even to the end is the gift of God.

It is shown with sufficient clearness that the grace of God, which both begins a man’s faith and which enables it to persevere unto the end, is not given according to our merits, but is given according to His own most secret and at the same time most righteous, wise, and beneficent will; since those whom He predestinated, them He also called.

When the gift of God is granted to them…none of the saints fails to keep his perseverance in holiness even to the end.  (In De Perseverantiae).

This same observation of the biblical teaching is what lead the formers of our church’s statement of faith to declare in article 5, God’s Purpose of Grace, The Baptist Faith and Message,

Election is the gracious purpose of God, according to which He regenerates, justifies, sanctifies, and glorifies sinners. It is consistent with the free agency of man, and comprehends all the means in connection with the end. It is the glorious display of God’s sovereign goodness, and is infinitely wise, holy, and unchangeable. It excludes boasting and promotes humility.

All true believers endure to the end. Those whom God has accepted in Christ, and sanctified by His Spirit, will never fall away from the state of grace, but shall persevere to the end. Believers may fall into sin through neglect and temptation, whereby they grieve the Spirit, impair their graces and comforts, and bring reproach on the cause of Christ and temporal judgments on themselves; yet they shall be kept by the power of God through faith unto salvation.

Previous Post: « Hebrews 6 – Preparing To Worship Together This Sunday
Next Post: Why A Review of Rob Bell’s Book, What Is The Bible? »